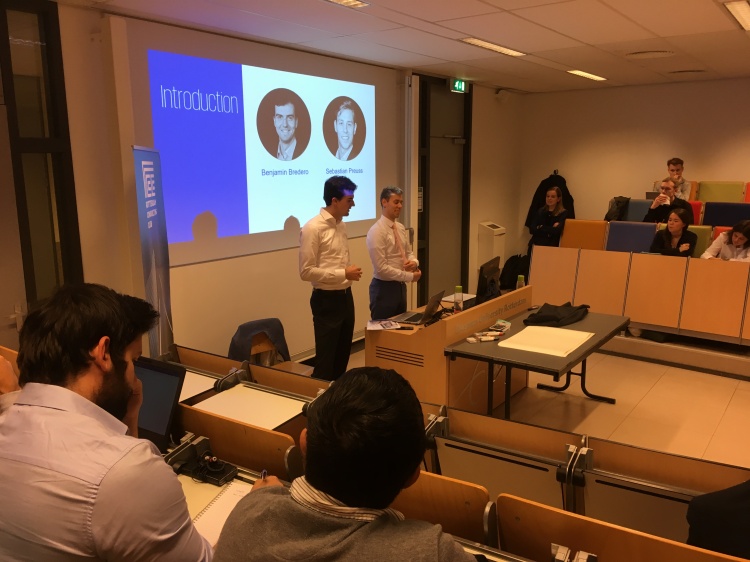 On Monday 30 October, RCC held its first company event of the academic year in collaboration with KPMG.

Benjamin Bredero (Advisory) and Sebastian Preuss (Audit) came to the RSM campus to give a presentation on working at KPMG, and working in the Netherlands as an international. Our exclusive members had the opportunity to ask all the burning questions they had. After that, the KPMG consultants explained the basics of market analysis to our student consultants. This theory was put into practice immediately, as they were asked to solve a case on wheels.

After the groups had presented their solutions to the consultants, it was time for some well-deserved networking drinks.