Posted on February 8, 2018 by rotterdamconsultingclub

On Thursday 8th February, RCC held a Case Interview Session on Market Entry. We had inputs from the book ‘Case in Point’. The session was kicked off by Astrid who  gave an overview of the Ivey Case System and how it could be applied to facilitate the case interview solving process. This was followed by a brief recap of the previous CIS session on Profitability. The members were then introduced to the general step sin solving Market Entry cases.

The second half of the session was spent in solving cases. Cato presented three cases on market entry. Members were asked to solve them and a few enthusiastic members came up to present their solutions to everyone. Later the members were paired up to solve a few more cases on their own. The evening was capped off with networking drinks at de Smitse. 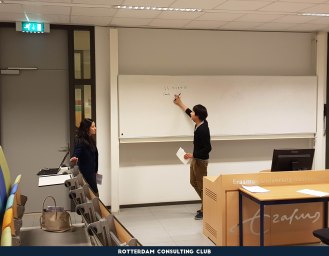 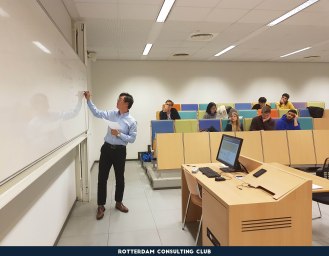 View all posts by rotterdamconsultingclub